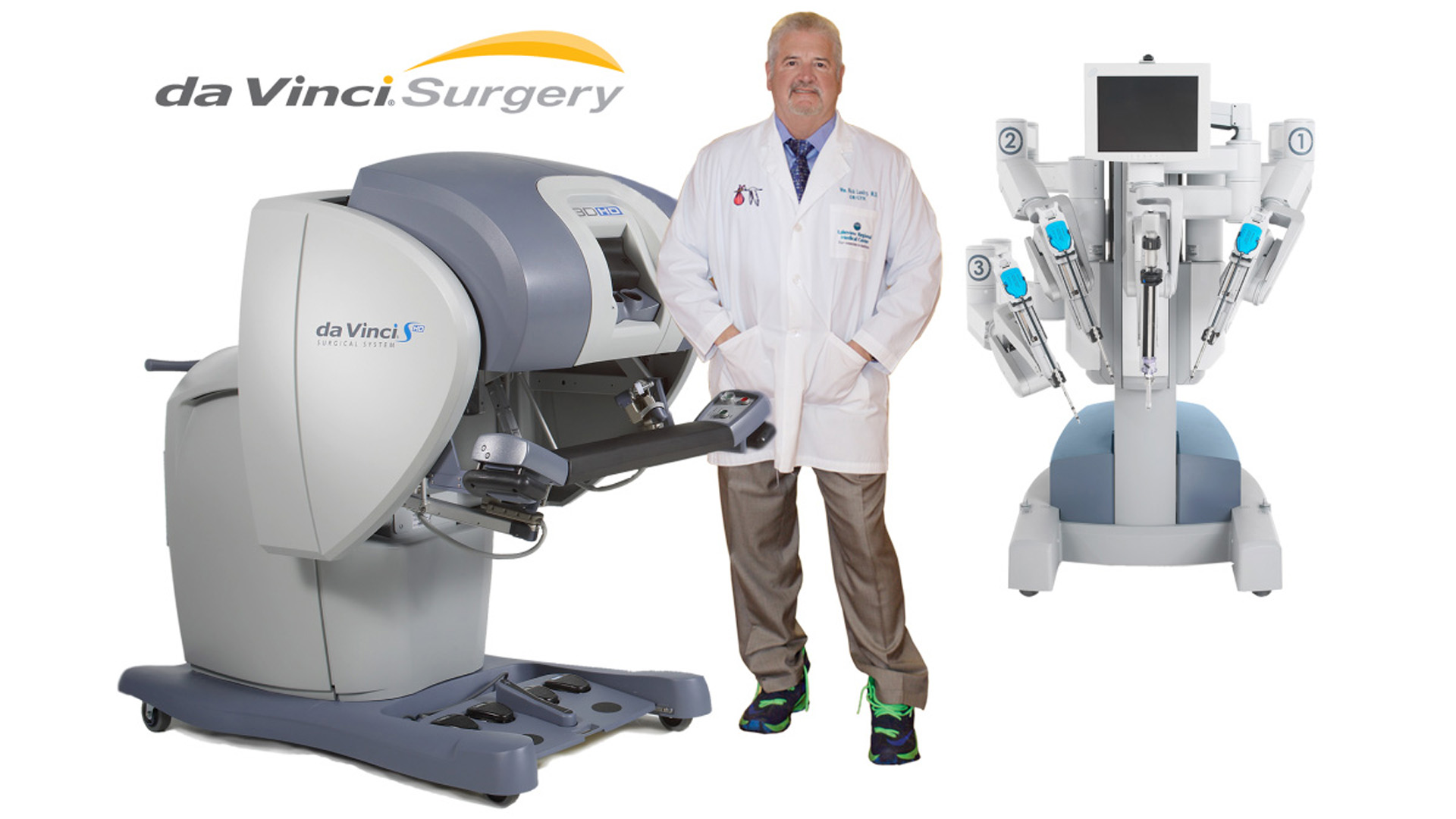 When lifestyle changes, medicine or other treatments do not ease your symptoms, your doctor may suggest surgery. Surgery can include:

The FDA approved the Da Vinci Surgical System in 2000. Since then, the technique has rapidly been adopted by hospitals in the United States and Europe for use in the treatment of a wide range of conditions.

Is a gynecologic condition affecting your health and quality of life? Many conditions can impact your well-being and daily life, such as:

The da Vinci System has brought minimally invasive surgery to more than 3 million patients worldwide. da Vinci technology-–changing the experience of surgery for people around the world. If you have a benign (non-cancerous) condition that affects your health and quality of life, your doctor may suggest surgery. Surgery to remove the uterus is called a hysterectomy. It can be done with open surgery through one large incision (cut). It can also be done with minimally invasive surgery through a few small incisions using traditional laparoscopy or da Vinci Surgery. If your doctor suggests a hysterectomy, the most common ways to remove your uterus are: open surgery and minimally invasive surgery (traditional laparoscopy or robotically-assisted da Vinci Surgery). Finding out you have cancer may be one of the hardest things you’ve faced. That’s why it’s important to learn about all of your options before choosing the best path forward.

If your doctor suggests a hysterectomy (removal of the uterus) for cancer, there may be two options: open surgery through one large incision (cut) or minimally invasive surgery through a few small incisions using traditional laparoscopy or da Vinci Surgery. Endometriosis happens when tissue that lines the inside of your uterus (endometrium) grows into areas outside the uterus. It can cause mild to severe pain, among other symptoms. If you plan to have surgery to remove fibroids, the operation is called a myomectomy. Your doctor will take out the fibroid(s) and keep your uterus in place.

A myomectomy can be done using open surgery through one large incision (cut). It can also be done using minimally invasive surgery (laparoscopy), which also includes da Vinci® Surgery. Pelvic prolapse occurs when a pelvic organ, such as your vagina or uterus slips out of its normal position. Surgery to correct this condition is called sacrocolpopexy. During surgery, doctors use surgical mesh to keep your pelvic organ(s) in the correct spot and ease your symptoms.

Pelvic prolapse surgery can be done with open surgery through one large incision (cut). It can also be done with minimally invasive surgery using traditional laparoscopy or da Vinci Surgery.

Please complete the form indicating which service you are interested in learning more about.

Serious complications may occur in any surgery, including da Vinci® Surgery, up to and including death. Individual surgical results may vary. Patients should talk to their doctor to decide if da Vinci Surgery is right for them. Patients and doctors should review all available information on non-surgical and surgical options in order to make an informed decision. Please also refer to: http://www.davincisurgery.com/safety for important safety information.

Any cookies that may not be particularly necessary for the website to function and is used specifically to collect user personal data via analytics, ads, other embedded contents are termed as non-necessary cookies. It is mandatory to procure user consent prior to running these cookies on your website.